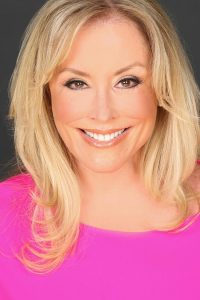 Donna Rice Hughes, President and CEO of Enough Is Enough® (EIE) is an internationally known Internet safety expert, author, speaker and producer. Her vision, expertise and advocacy helped to birth the Internet safety movement in America at the advent of the digital age. Since 1994, she has been a pioneering leader on the frontlines of U.S. efforts to make the Internet safer for children and families by implementing a three-pronged strategy of the public, the technology industry and legal community sharing the responsibility to protect children online. This strategy has been adopted by industry and governments worldwide.

She developed and spearheaded the "National Safe Wi-Fi" Campaign" calling on Corporate America to filter pornography and child sex abuse images on public Wi-Fi. As a result, both McDonald’s and Starbucks are now filtering WiFi all of their company owned stores in America.

About Enough Is Enough® Enough Is Enough®'s (EIE), a non-partisan, 501(c)(3) non-profit organization, emerged in 1994 as the national leader on the front lines to make the Internet safer for children and families. Learn more about EIE's major programs here. About the Internet Safety 101 Multi-Media Program The Emmy and Telly award winnng Internet Safety 101 multimedia program was created to prevent Internet-initiated crimes against children through educating, equipping and empowering parents, educators and caring adults with the knowledge and resources needed to protect children from online p*rnography, sexual predators and cyberbullies , as well as cyber security risks and dangers related to social networking, online gaming and mobile devices. The proven evidence-based curriculum motivates and equips adults to implement both safety rules (non-technical measures) and software tools (technical measures) on youth's Internet enabled devices.

To book Donna as a speaker, contact Premier Speakers.